Nengi reacts after photo is used for meme Nengi reacts after photo is used for meme

Former BBNaija housemate, Nengi, has reacted to her photos being used as meme on social media.

In the skit, Nengi played the role of a bread seller.

She dressed in a attire is a typical “agege bread” seller with her hair wrapped in a funny looking scarf and some super-hilarious makeup to complement her entire look.

Her role and looks in the skit have attracted massive attention from social media users as they noted that she looks different yet beautiful as always.

Few moments after the pictures hit social media, a fan used some of Nengi’s pictures as a bread seller for memes which attracted a lot of comments on social media.

Nengi, whose attention was attracted by the new memes of herself, reposted the pictures on her Insta story with several emoji’s of laughter which implied she had laughed to her heart’s content on seeing them.

She also appreciated and sent her love to all her fans for appreciating and celebrating her and her work on social media. 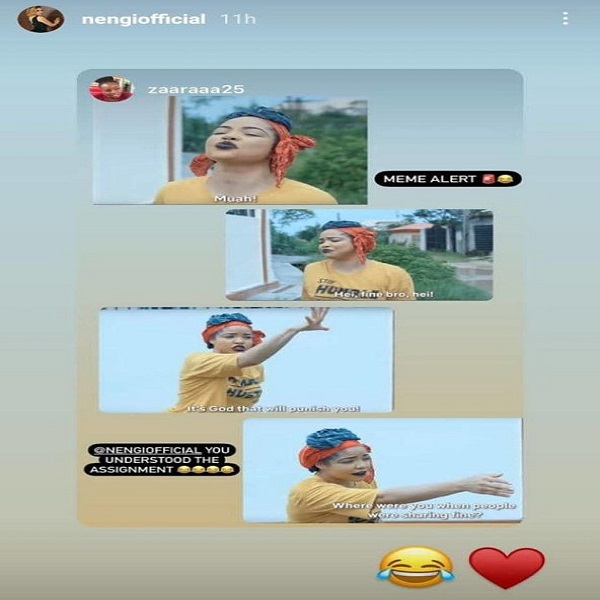