A Nigerian lady simply called Mystique Evolving has stated that contrary to the belief that God only created male and female genders, intersex beings were also created.

The lady was born with both male and female organs. Mystique Evolving had gone viral in 2019 following her interview with BBC News Pidgin spotlighting her ordeal as a trans lady.

In that interview, the lady tearfully narrated how she faced rejections from family and discrimination from people, forcing her to live in isolation for over 10 years. 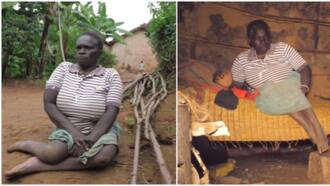 Life of 70-year-old virgin who has never had a boyfriend or left her house before, video goes viral

Mystique recalled one time her family people beat her up over the condition.

Three years after going viral, she has not only found love but also got married and reunited with her family; she wedded in 2021.

Having embraced her condition, the lady proudly identifies as a trans and intersex human.

She is at the moment the executive program coordinator for Dynamic Initiative for Health and Human Rights, an organization that runs advocacy for gender identity, sexual orientation and expression.

In a recent interview with BBC News Pidgin, Mystique said her experience as a trans taught her that one can find love anywhere and that there are those who love ‘in-between’ folks.

She decried the low level of sensitization on intersex in Nigeria, stressing that there are people with it in the country apart from her. 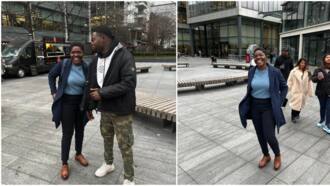 He broke down my notes, student working abroad shares the sweet thing her man did one night she returned home

News Medical explains that hermaphroditism also known as intersex is a condition in which there is a discrepancy between the external and internal sexual and gen*ital organs – that is when a person has both male and female reproductive organs.

It is classified as a disorder of sex development (DSD). Plastic surgery is considered a primary option for correcting hermaphroditism and is done after the determination of sexual assignment in the person involved.

“Lol I’ve seen an intersex child before whilst I was growing up. Back then the parent were always so confused on her to dress the child. So some days they dress her as a she and him as a he. For real tho it’s not easy balancing such identity and it lives the child to confusion till he or she can find balance in life. 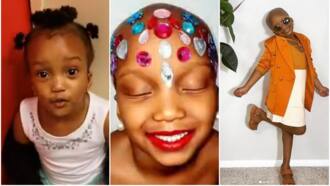 Bald, bold and beautiful: Girl who lost all her hair turns things around, becomes an Instagram sensation

“Just be good to people because u can never tell what anyone might be goin through. For all I know no human is 100% normal we just tend to act it.”

“The person used to hide him/herself but people like Bobrisky have made them to be more comfortable in their own ways. I’m glad they’re living their best lives.”

“In the U.S. 1 in 1500 babies are intersex so 219,000 people are living like this here. I assume Nigeria has a similar rate but we tend to hide things because of shame and religion.”

“Gender identity is not given it’s due in Nigeria and I am happy she is there to show that regardless of all things we are humans first.”

Meanwhile, Legit.ng previously reported that a lady born with two reproductive organs had spoken about her ordeal. 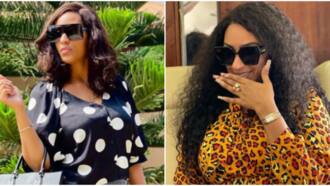 No wonder guys are getting trapped with pregnancy: Juliet Ibrahim sheds light on current trend among men

When she was about 20 years old, Elizabeth got pregnant for the first time and it came with many complications due to her condition, and that led to the birth of a premature baby.

At some point, the lady was also diagnosed with primary infertility, but it was not until she was 32 years of age that doctors discovered during a surgical procedure that she had a pair of wombs, cervices, and vagin*al openings.