Home / Blog / Entertainment / Nigerian Pastor Sleeps With 20 Church Members in Enugu, Reveals Who Instructed Him to Do So

Nigerian Pastor Sleeps With 20 Church Members in Enugu, Reveals Who Instructed Him to Do So

Nigerian Pastor Sleeps With 20 Church Members in Enugu, Reveals Who Instructed Him to Do So


A report by Rivers Mirror indicates that a 53-year-old pastor has impregnated twenty (20) church members, claiming to be instructed by the Holy Spirit to do so.

The self-acclaimed clergyman is said to be cooling off in the custody of the Enugu State Police Command. 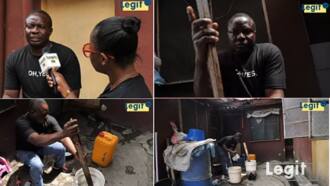 The pastor, identified simply as Timothy Ngwu, is said to be the ‘General Overseer’ of Vineyard Ministry of the Holy Trinity in Enugu, Daily Trust confirmed in 2014.

The police spokesperson, Ebere Amaraizu, revealed that the pastor had been charged with sexual abuse.

“The pastor claims to be obeying spiritual orders to do the will of God, which is to impregnate any one chosen and revealed by the holy spirit, irrespective of whether the woman is married or not!!

According to PM News, trouble started for Ngwu after his wife reported his randy behaviour to the police after the pastor was alleged to have impregnated her (his wife’s) young niece all in the name of obeying a ‘divine instruction’.

Ngwu who is said to have five wives with 13 children along with other concubines said he never had carnal knowledge of the young girl. 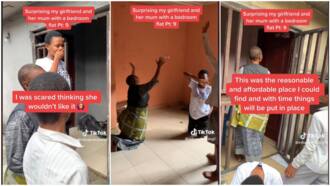 He also said that he never had intercourse with any of the married women except their husbands concurred to the request of the ‘Holy Ghost’.

“I slept with my pastor too”: Married mum of 2 defends viral pregnant woman, slams those insulting her

A mother of two has revealed how sleeping with a pastor helped her to get children of her own.

She made the confession while slamming netizens who attacked a pregnant married woman for sleeping with a pastor in her matrimonial home.

Sharing her confession to Ngozi Lovelyn on Facebook, she said she had her two children after sleeping with her pastor.

Meanwhile, Legit.ng previously reported that a Nigerian lecturer was left heartbroken after nabbing his cheating wife in the act. The lecturer got his heart shattered after witnessing the sight of his wife in bed with his project supervisee. 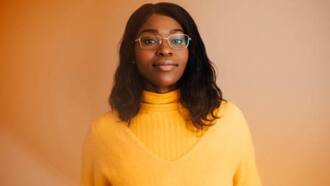 “I slept with my pastor too”: Married mum of 2 defends viral pregnant woman, slams those insulting her

According to Dexterouz11 who shared the story via Twitter, both wife and husband are lecturers at the same institution. The wife subsequently pleaded with her husband to choose one of his students as a supervisee, and the unsuspecting husband agreed.

The lecturer had no idea that something was fishy between the duo until he came home one day and caught them in bed.