He was killed on Saturday night in Owerri, Imo state capital city.

Gulak was reportedly on his way to Sam Mbakwe Airport to catch a flight when armed bandits intercepted and attacked a Toyota Camry in which he and two others were traveling.

Here are reactions from Nigerians:

“Ahmed Gulak’s death is painful to me. No matter the circumstances of his death, it won’t augur well for Nigeria. He had a mindset that did not look down on others due to tribe or religion. People like that are needed. My condolences to his family. May God grant them fortitude”

“Death of Ahmed Gulak in Owerri Imo State, is scary. 36 States & FCT, are on fire. Jos Plateau, Benue & Southern Kaduna most especially. But Buhari will fly to Mali. A man whose house is on fire but he turns his eyes elsewhere, must be impeached. Lawan must be impeached as well/ 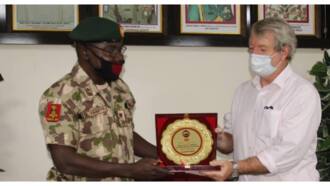 “In Nasarawa, a lawmaker was kidnapped by unknown gunmen. Hon. Ismail Danbaba was also kidnapped yesterday in Kaduna.

“Nowhere is safe in Nigeria, not even Aso Rock (where burglars could enter at ease). Buhari must convene a National Dialogue NOW. RESTRUCTURE NIGERIA, NOW!”

“Those asking what Ahmed Gulak was doing in Owerri where he was killed – I need to understand the point of that question. He’s not supposed to go there or Owerri is too unsafe for anyone to go there?”

“I think pressmen should stop asking the Nigeria police about crime, they’re as irresponsible as Buhari.”

Recall that Legit.ng had reported that Gulak’s death came amid rising insecurity in the southeast and southsouth, with sources establishing that he was attacked in his Camry car marked Texas BFT 2150. 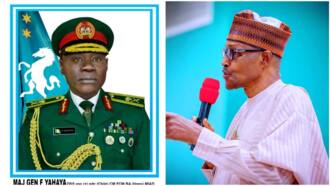 As the country mourns his death, Legit.ng highlights major facts about the former political aide.

Late Gulak was a special political aide to former president Jonathan before a new government took over in 2015 following a democratic electoral process that brought in Muhammadu Buhari.