– A Nigerian man, Leo has shared a marriage list he received ahead of his wedding

– In the photo he shared, the requirements include drinks for the parents-in-law, bush meat amongst other things

– Leo reacted to the photo, questioning the rationale behind the list of things which amounted to N1,187,800

A Nigerian man identified as @ekibyleo has left social media users buzzing with reactions after he took to Twitter to share a photo of the list of requirements he received for his prospective inlaws.

I spent over 800 hours to work on this – Nigerian artist makes drawing of Grammy winner Wizkid, shares photo

The young man who is an Abuja-based graphics designer reacted to the list, questioning the requirements.

“Na marry I say I wan marry, wetin be this na?”

The post which has since gone viral had several people reacting, tagging the list ridiculous as they could not comprehend why the things listed were so expensive.

“And you brought it to twitter, you never ready who they marry man wey no fit keep family issues private, you can always review this with your family members only and negotiate.”

“This list is ridiculous. Wetin popsy wan do with 10k worth of cigarette..2k for knife? Is it gold-plated. What is muddle and why is it the cheapest thing on the list? One basket of dry fish 120k..na that big basket abi wetin “ 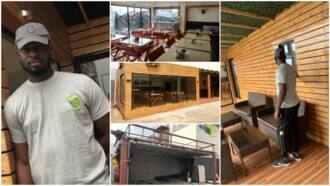 “Na that knife faint me now I swear, knife for 20k they won open abattoir market??”

“Your father in law will smoke 10k worth of cigarette? Is he car exhaust??”

“Ahswearugad I can’t deal with this list, it’s boiling my soul. Inukwa 10k Cigarette ur father in-law, as exhaust pipe wey him be naa. Very greedy family. Just give the girl belle, na dem go come dey beg u to bring any amount.”

In other news, congratulations are in order for Nollywood actress, Rosy Meurer as she recently welcomed her first child with husband and philanthropist, Olakunle Churchill. 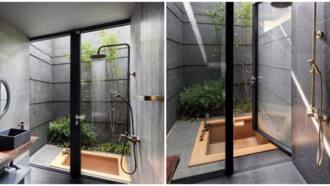 A proud Churchill took to his official Instagram page to share the good news with his fans on Tuesday, March 9. He accompanied the announcement with photos of a then-heavily pregnant Meurer.

Churchill, who revealed the boy’s name to be King Churchill Junior, celebrated Meurer for birthing their ‘great testimony’.