– Ayuba Wabba, the NLC president, made this disclosure on Thursday, February 18

Following the failure of some state governors to start the payment of the new N30,000 minimum wage, the Nigeria Labour Congress (NLC) has instructed its members to embark on immediate industrial action.

Sun reports that the NLC disclosed this on Thursday, February 18, in a statement signed by its national president, Comrade Ayuba Wabba and its general secretary, Comrade Emmanuel Ughoaja at the end of its National Executive Council (NEC) meeting.

Legit.ng gathered that the NEC of the NLC called the refusal of state governments to pay the new national minimum wage as an “act of criminality, betrayal of the oath of office sworn by state chief executives. 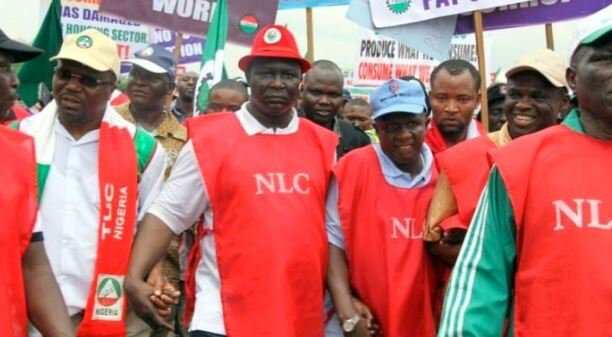 The Nigerian Labour Congress has declared an immediate strike in the states where the minimum wage is not implemented. Credit: @nlcnig
Source: Twitter

“The NEC-in-session directed all states where the national minimum wage of N30000 is yet to be paid to immediately proceed on industrial action.”

“The NEC also called on the government to step up on the mass distribution of meters to electricity consumers all over Nigeria. In order to ensure strict follow-up and compliance, the NEC recommends the setting up of an oversight task force outside the purview of NERC and DISCOs.”

The NLC also rejected the concession of Nigeria’s airports and other considerations for privatization.

It described it as a great disservice to the Nigerian people and a betrayal of the efforts of Nigerian workers especially those employed in the aviation sector.

Party registration: Lai Mohammed in trouble as APC asks him to submit to Kwara governor

Meanwhile, Legit.ng had previously reported that a gang of armed criminals on Sunday, February 7, broke into the house of the chairman of the NLC in Taraba state, Peter Jediel.

It was reported that one of the brothers of Jediel, Boniface Stephen, said the kidnappers got hold of the NLC boss in his residence at Sunkani, the headquarters of Ardo-Kola local government area.

Stephen revealed that the criminals shot many times into the air before whisking Jediel away to an unknown destination.