The latest incident occurred during a visit by the deputy governor to areas in the state affected by banditry. 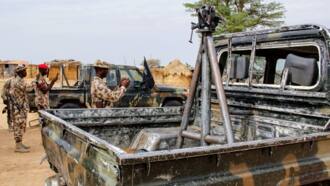 Recall that bandits had on Sunday, March 6, ambushed and killed 63 volunteer vigilante members in Sakaba local government area of the state.

Premium Times stated that multiple sources said the bandits had targeted the deputy governor, Yombe, who is from Dabai in Zuru Local Government Area.

The deputy governor has also confirmed on Wednesday evening, March 9, that he was at the village when the bandits struck.

He was said to have visited Kanya to sympathise with people of the area over recent bandits’ attacks.

He was quoted to have said:

“They (bandits) overpowered the security agents present because they fought from 5 p.m. to 8 p.m. The deputy governor was miraculously saved while his security details were trying to repel the attack. 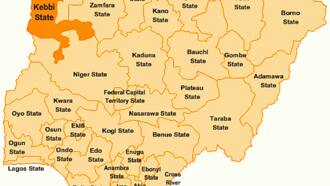 “If not because of the soldiers that came, the bandits would have overrun the village and killed the deputy governor.”

He said after the bandits left, more soldiers arrived to chase them while others evacuated the dead security agents.

According to Magaji, 13 soldiers and six police officers attached to the deputy governor’s convoy were killed.

“I know Inspector Idris Libata. He was attached to the deputy governor’s convoy and I saw his dead body yesterday.”

Premium Times, however, said it was yet to independently confirm the number of casualties recorded in the attack.

Meanwhile, Vanguard, reporting the development, stated that the attack on the deputy governor’s convoy by the armed bandits happened at the heart of Kanya village around 8 pm.

The newspaper cited that deputy governor’s chief press secretary Abdullahi Yalmo as confirming that a police ASP Idris Umar Libata was killed during the attack after they engaged the bandits in a gun duel. 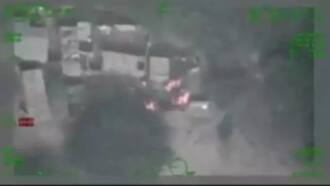 Yalmo explained that his principal was in the company of the commanding officer Zuru army barracks to console the families of the people of the community who lost their sons during the recent bandits’ attack which claimed the lives of at least 68 local vigilantes and scores of civilians in the state.

The CPS added that God saved his principal but unfortunately the deputy governor lost one among his details.

Meanwhile, in Niger, over 200 armed bandits were recently killed in a gun battle in the state.

The firefight was said to have ensued between members of the Joint Security Taskforce in Niger and the outlaws in Rafi and Mariga local government areas of the state.

Also, a total of eighty (80) motorcycles were recovered while some cattle were also returned to their owners.