In a post on his Facebook page on Saturday, February 20, Olajide, popularly known as Odidi Omo, announced that he carried out the project for “women and widows” interested in breeding and caring for animals.

The lawmaker also disclosed that the project, which was partnered with the department of animal husbandry services of the Federal Ministry of Agriculture Rural Development, was facilitated based on request. 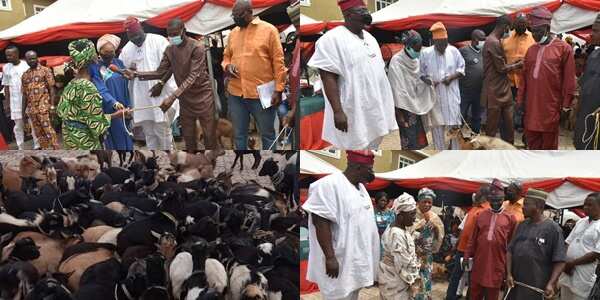 “We prepare them with the basic required skills through training and later handed the participants with live goats and financial back up for full engagement.

We carefully selected the participants have identified their area of interest and needs, it is also worthy to state here that, this project was facilitated based on request, as I have always promised that any request from my constituents shall be given high consideration and within my capability/ capacity it shall be done,” part of the post read. 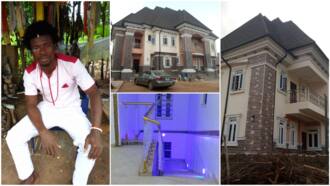 But in a reaction that trailed the empowerment, Many Nigerians on social media blasted the lawmaker, with a number of users describing it as a misplaced priority.

“Don’t ask me how, but tomorrow you just have to go to Oranyan to witness the influx of Odidiomo empowerment goats. Can’t still believe my eyes.”

“Did Odidiomo really share goats for empowerment because I don’t believe a man with his level of exposure will do that, if he really did then that is so beneath him.”

“I’m not going to praise you or condemn this your goat empowerment but it’s insulting sharing goat as empowerment, I run through your page I see some good works, that’s why I can’t talk much but you can do more than just a goat.

“If truly you mean good for your constituency, how many goat will you give individuals that can alleviate poverty for there home. Let’s consult intelligent people before we embark on project. Don’t ask people around you they won’t tell you the truth because of what they will eat.

“I don’t pray for your downfall, if there’s shift in power they move to the next opportunity around.”

Meanwhile, Legit.ng reported that Nasir El-Rufai, governor of Kaduna, gave approval of a foreign scholarship for students living with disability in the state.

In a statement on Sunday, February 14, Hassan Rilwan, the executive secretary of Kaduna State Scholarship and Loans Board (KSSLB) made this disclosure, saying two of the students have resumed to the schools.

Rilwan, who spoke at a three-day orientation workshop for its merit and disability-based scholars, gave the names of the schools as Coventry University in the United Kingdom and the University of Wollongong in Dubai, United Arabs Emirates. 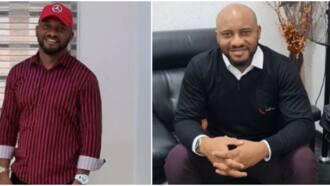 Rahaman Abiola is a result-oriented journalist and content writer with a firm grip of over 7-year corporate experience stranding diverse roles in digital & traditional media and social media communication.