– Going further, the Ohanaeze also called for a strong security outfit that will complement the FG

The time has come for a president of Igbo extraction according to Igbo socio-cultural group, Ohanaeze Ndigbo.

As a result of this, the group mandated its president, Professor George Obiozor, to ensure that the region produces the next president of Nigeria come 2023.

The task was given the president at its Worldwide Elders Council meeting which held at the Banquet Hall of the Imo State Government House.

The group in a communique said:

On Nigerian President of Igbo extraction, the elders “mandated the President General to work in close consultation with the Igbo socio-cultural and political intelligential to pursue the task of ensuring that the Igbo take their turn in producing the next President of the Federal Republic of Nigeria come 2023 General elections.” Meanwhile, they said this is only achievable if there is consultation with other ethnic nationalities.

Based on this, the group urged every Igbo man or woman with the needed capacity to show interest in the 2023 presidential race.

In another report, the leader and founder of the Biafra Independent Movement (BIM), Chief Ralph Uwazuruike, has appealed to south-east governors to take over the Indigenous People of Biafra (IPOB) security outfit, the Eastern Security Network (ESN).

Uwazurike further advised that the governors rejig the ESN and make it a responsible vigilante force for the south-east region.

He made the comment on Monday, March 1 when he addressed journalists in Owerri, the Imo state capital, on the recent security situation in the southeast.

Meanwhile, Legit.ng reported that the Ohanaeze Ndigbo Youth Council (OYC) called on the federal government to arrest and prosecute a Muslim cleric, Sheikh Ahmad Gumi, over alleged involvement with bandits. 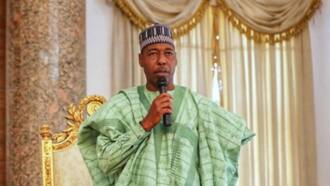 2023: Northern governor reveals why power must shift to south

Mazi Okwu Nnabuike, the OYC president-general, said Gumi was part of the security problems in the country.

He alleged that there was glaring evidence that Gumi was in a deep romance with terrorists.