Rangers legend slams Mbappe, explains what Messi can do that the Frenchman can’t ▷ Nigeria news Rangers legend slams Mbappe, explains what Messi can do that the Frenchman can’t ▷ Nigeria news

Rangers and Scotland legend Ally McCoist has expressed doubt over the possibility of Kylian Mbappe reaching the level of Lionel Messi despite his brilliant form for PSG.

Kylian Mbappe has been in stunning form this season for Paris Saint-Germain in the League and also in the Champions League and he is also being tipped for the Ballon d’Or.

Recently, the France international scored three goals for PSG against Barcelona in the Champions League as he silenced Lionel Messi in the encounter.

The first time Kylian Mbappe and Lionel Messi met was at the 2018 World Cup in which the PSG star scored brace against Argentina.

He has already scored over 150 career goals and won multiple league titles and the World Cup at such a young age.

According to the report on talksport, McCoist explained that Kylian Mbappe cannot do the things Lionel Messi can do with the ball on the pitch.

“I do not think for a minute Mbappe can do things with a ball that Messi can do. Messi’s one of the greatest players that’s ever lived on this earth.

“Mbappe’s an excellent young player that will go on to be fantastic, there’s a difference. If somebody’s going to tell me Mbappe is going to outshine Messi as a football player, I would be staggered if that’s the case.” 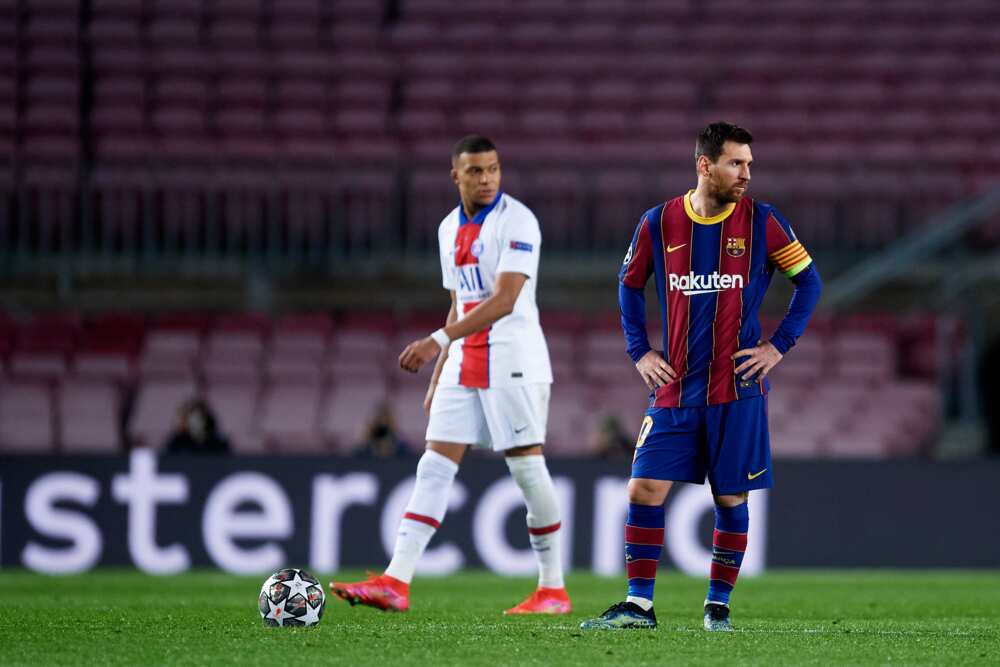 Earlier, Legit.ng had reported how Kylian Mbappe was saluted by Barcelona forward Antoine Griezmann following his brilliant performance against the Catalans in the Champions League on Tuesday night, February 16. 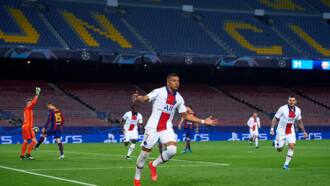 Barcelona hosted the French champions in the Champions League round of 16 first-leg tie with the hope of winning the tie, but Kylian Mbappe broke their hearts scoring three goals at Camp Nou.

The France international was in the best form of his life against Barcelona scoring his first goal in the first half before netting brace in the second 45 minutes.

With his three goals against Barcelona, Kylian Mbappe is now the third player on earth to fire thrice against the Spanish giants in the Champions League.