Singer Tiwa Savage has been hailed by some of her fans in the online community after she was spotted in a rare throwback photo.

Tiwa was spotted rocking a graduation gown in the photo which was taken years ago during what appeared to be a graduation ceremony.

The singer complemented her outfit with a nice bag as she smiled heartily for the camera.

Check out the throwback photo as sighted on social media below: 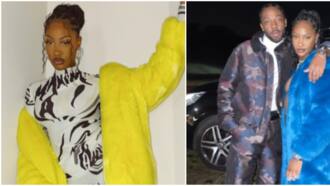 Many fans of the singer had not seen her in such light and many couldn’t help but gush over the My Darling crooner.

Tiwa’s fans also pointed out how she has always been a beautiful lady even from her younger days.

“This should be an example to all these ones wey wan leave school enter music finish ur school first u can still make it.”

“She has always been beautiful.”

“Omo she tall o that year probably coz she was slim ❤️.”

“How tall is she know, she looks like a 6’3 or something close.”

Some weeks ago, Legit.ng reported that Tiwa Savage reacted to the Grammy award nominations for her fellow African female musicians. 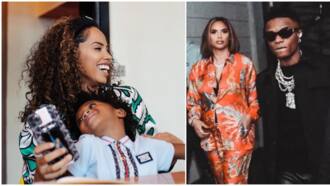 Na she be wife: Reactions as Wizkid posts heart-melting mother and son video of Jada, his last child Zion

Tiwa congratulated Nigeria’s Tems and Beninese Angelique Kidjo for their nominations at the awards and expressed her excitement.

In the singer’s words:

“Big Win But I’m especially excited for my Queens ooo @temsbaby and @angeliquekidjo.”

She shared the post on her Instagram story channel and her fans reacted massively to the comments.