– Ancelotti has a bright managerial CV and has domestic titles with AC Milan, Chelsea, PSG, and Bayern Munich

The 61-year old leaves Goodison Park after 18 months in charge to take over at Real Madrid for a second stint, after managing Los Blancos between 2013 and 2015.

Real Madrid made the official announcement on social media with a video captioned “Welcome back, Ancelotti”. 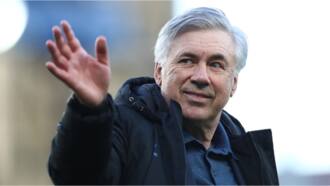 The Italian succeeds Zinedine Zidane, who recently left the job and later said the Real Madrid hierarchy no longer had faith in him.

The former Bayern Munich’s boss departure from Goodison park means Everton will be in search of a sixth permanent manager in five years.

Ancelotti still had three years remaining in his Everton deal and had initially vowed to see out his deal through to the time Everton moved to their new stadium.

Real Madrid president Florentino Perez however made a determined effort to rehire the manager he dismissed a little over a year after he won the Champions League with the club in 2014.

Ancelotti joined the Toffees in 2019 and attracted top players like James Rodriguez and a few other stars to the club.

He has league titles in Milan (his homeland), Chelsea, Bayern Munich, and Paris Saint Germain. In total, he has 15 major trophies in his career. 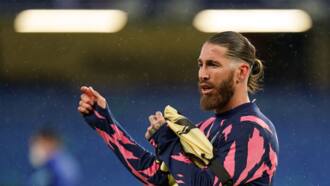 Legit.ng earlier reported that Zinedine Zidane parted ways with Real Madrid for the second time after the recently concluded league season despite having one more year on his deal.

The Frenchman’s decision has left Los Blancos on May 27 with no explanation for his action after his achievements at the club.

Zidane has now revealed that he quit his role as Real’s head coach, says he no longer feels valued at the Santiago Bernabeu.