Legendary striker Cristiano Ronaldo becomes the first man to score at least 25 goals in 14 straight seasons as he continues to write his name in gold in football history.

His brace and one goal from Weston McKennie were all the Old Lady needed to clinch maximum points at the end of the meeting.

Ronaldo’s second goal was another phenomenon after suspending himself in the air for a moment before heading the ball into the back of the net.

The Portugal international has now taken his Serie A tally to 18 goals after his 19th topflight appearances so far this campaign.

Juventus return to winning ways in the Italian League following their 3-0 triumph over Simeon Nwankwo’s Crotone on Monday night, February 22. 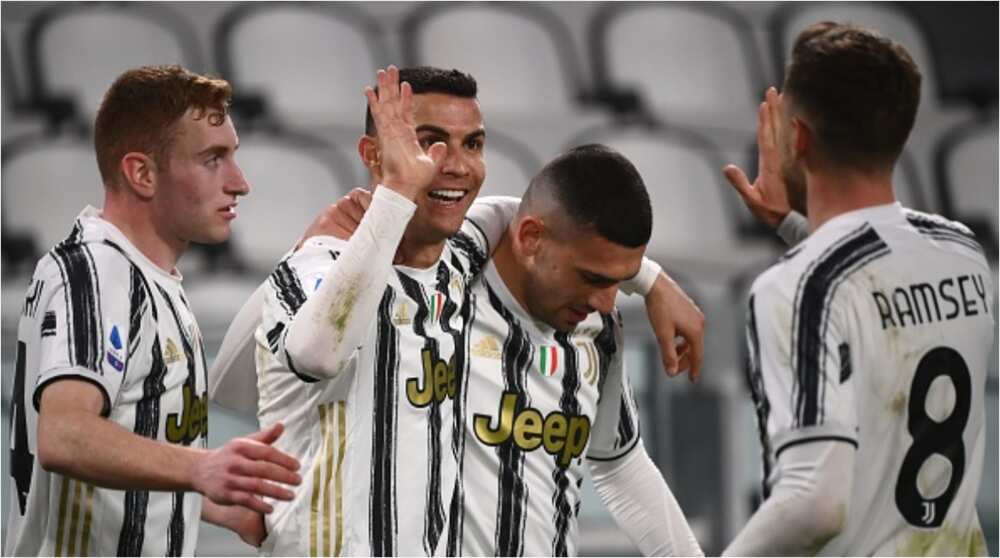 Inter Milan however extend their lead on top of the Serie A standings following their sensational 3-0 win over eternal rivals AC Milan 24 hours earlier.

Two goals by Lautaro Martenez as well as a sensational strike from impressive Romelu Lukaku were enough to hand the visitors all three points.

The victory extends Inter’s lead on top of the Serie A standings with having garnered 53 points from 23 matches – four points ahead of Milan.

Meanwhile, Andy Murray got a Cristiano Ronaldo’s signed Juventus jersey after opting to play in an ATP Open in Italy than the Australia Open, Sky Sports. 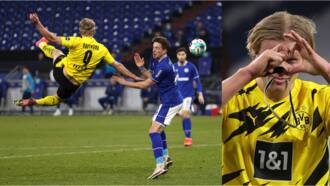 The former world number one scooped the runners-up medal at the Biella indoor tournament in Northern Italy.

Murray lost to Illya Marchenko in straight sets in the finals but did not go empty-handed without receiving Ronaldo’s shirt.

However, Legit.ng earlier reported that Cristiano Ronaldo and Lionel Messi are great players but the Portuguese star still has an upper hand over his rival, according to Bayer Leverkusen striker Leon Bailey.

The pair have dominated football for 15 years and have won 11 Ballon d’Or awards between them in the last 13 years.

The 23-year-old clearly respects Messi’s talent ahead of Ronaldo but rates the Juventus striker higher because of his successful spells with different teams.