– He took to social media to lament after his laptop, microphone and other personal effects were carted away by thieves

Talented Nigerian music artiste, Omah Lay, has taken to social media to recount his woes after personal items were stolen from him.

It appears the year 2021 has started out on an interesting note for the singer after he was robbed at the airport.

In a post shared on Twitter, the singer explained that his laptop, microphone, and audio interface were stolen from his box at the airport. 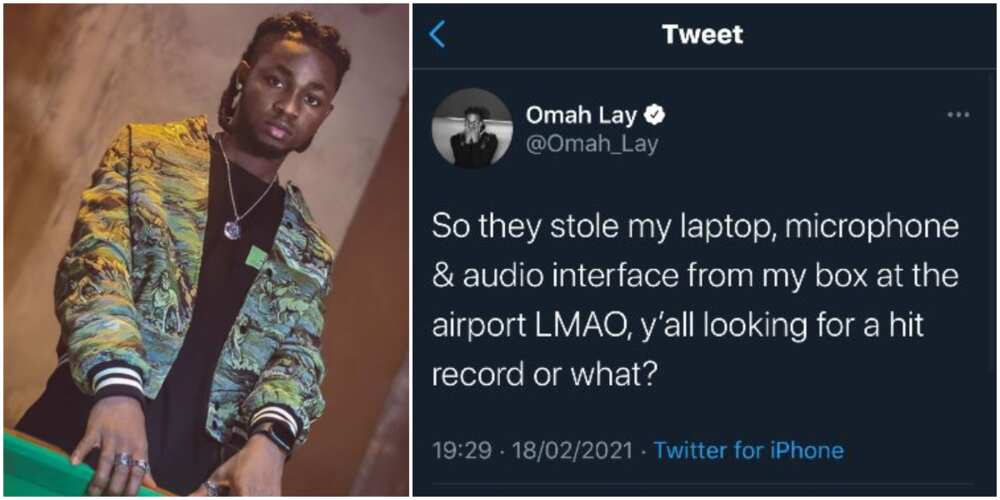 The singer who was obviously pained wondered if the thief was trying to make a hit record.

“So they stole my laptop, microphone & audio interface from my box at the airport LMAO, y’all looking for a hit record or what?”

Fans took to the comment section to sympathise with the singer. Read what some of them wrote below:

Daniel blamed the singer for not paying close attention to his valuables:

Nkana asked why his personal effects were not in his hand luggage:

Godwin wondered if there was no CCTV to help him locate his missing properties:

Omalara blamed the singer’s haters for the loss:

In other news related to the singer, Legit.ng earlier reported that Omah Lay said he had no regrets about his experience in Uganda.

He recently opened up about his unpleasant experience in Uganda weeks after regaining his freedom and returning to Nigeria.

According to him, the night he spent with fans was nothing short of a beautiful one. The singer also noted that he would love to be back in the country just to spend more time with the fans who showed him so much love. 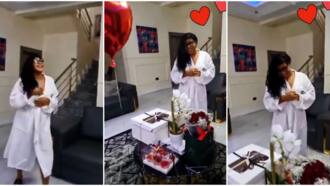 Owolawi Taiwo is an entertainment and lifestyle journalist at Legit.ng with over two years working experience in the media industry. She has a degree in English and International Studies from Osun State University, Osogbo.

When she is not reporting on celebrity lifestyle, you will find her listening to music, reading, learning new recipes, or remembering awkward situations she has been in and laughing at herself.