In what ushered in a burst of a fresh breath to the fight against information disorder in Nigeria, Legit.ng senior journalist Rahaman Abiola has completed his Kwame Karikari Dubawa Fact-Checking Fellowship in grand style alongside other selected journalists from West Africa.

At an event on Friday, February 25, in Abuja which marked the end of the fellowship, Rahaman was presented with a certificate award in recognition of his efforts towards curbing fake news and misinformation in the digital social media age.

The fellowship was organised by the Dubawa, an Africa’s independent verification platform, in partnership with its mother project: Centre for Journalism Innovation and Development (CJID) –formerly Premium Times for Centre for Investigative Journalism (PTCIJ).

A fresh arsenal against misinformation

His reports were broadened towards social media, digital media tips for journalists, data and figures, health and politics.

With over 20 fact-checks, he proved to be one of the best fellows of the 2021 set dubbed “soldiers of truth” and a strong voice in the fight against misinformation in the country and West Africa.

His fact-check on the controversy surrounding the price of the Tucano fighter jets bought by the federal government from the US in the fight against Boko Haram insurgency and banditry won the fact-check of the month in 2021, earning him a monetary prize.

This fellowship will go a long way

Speaking at the event, Rahaman described the Dubawa fellowship as a move in the right direction towards the fight against information disorder which is the order of the day. 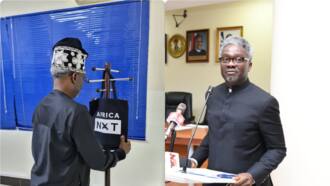 AfricaNXT: A spectacular Afrocentric conference and festival by Omoniyi Ibietan

He thanked the Dubawa team led by its editor Kemi Busari and project manager Temilade Onilede for their massive support, encouragement and professionalism during the course of the training and fellowship.

On how the fellowship has helped his media’s newsroom, he noted that his colleagues are now conscious of truths in their approach to user-generated content and social media claims.

“Since I began this fellowship, my media organisation, the 5th Facebook publisher in the world, has not been fact-checked by Facebook’s independent fact-checkers. This is huge for us…,” he further added.

While promising to maintain the momentum, Rahaman said he will support a move by his media house to have a fact-checking desk which will go a long way in bringing sanity and truth to society in the age of digital misinformation and fake news.