Top members of the All Progressives Congress (APC) are currently mounting pressure on President Muhammadu Buhari to drop his choice candidate for the party’s national chairmanship position.

The Nation reports that some of the leaders within the party have advised the president to allow for members interested in the position to contest for chairman at the scheduled Saturday, March 26, national convention. 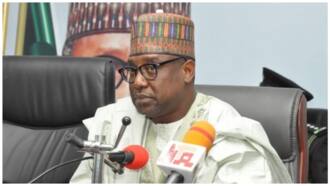 Recall that the president recently travelled to London for a two weeks medical check-up amid the crisis rocking the ruling party.

The president had also hinted that his preferred candidate for the position of national chairman of the APC is Abdullahi Adamu, a former governor of Nasarawa state and senator of the Federal Republic of Nigeria.

However, in a bid to persuade the president for a change of mind on his preferred candidate for APC’s national chairman, some members of the party have travelled to London this weekend.

Some of these members include the governor of Kaduna state, Mallam Nasir El-Rufai alongside other party strategists.

The pressure on the president to change his strategy for the number one position in the party is said to be coming mostly from his inner caucus strategists and leaders of the defunct Congress for Progressive Change (CPC). 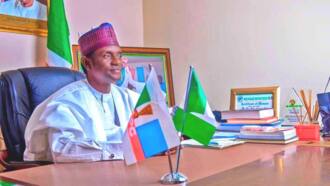 Daily Trust reports that a former governor of Nasarawa state, Tanko Al-Makura, had earlier stated that President Buhari’s endorsement of a chairman for the PDP is mere speculations.

However, sources within the party affirmed that the caucus members are working with other members of the APC to persuade the president to make room for open content for the chairmanship position.

“El-Rufai just left for London today (Sunday) as part of an engagement team with the President to allow the convention to hold on March 26.”

In addition, to those meeting with the president in London is the governor of Katsina state, Aminu Masari who was also expected in London last night.

Some governors in the All Progressives Congress have been described as cabals by the Coalition of Independent Observers.

Chaos in APC: Buni to take back seat? Niger governor opens up, reveals next move

The governors are said to be focused on planning a coup within the party that could degenerate to undermine Nigeria’s democracy.

According to the coalition, the is a need for every Nigerian to get interested in the ongoing internal political activities of the APC and call for redress from key members of the party.

President Muhammadu Buhari had earlier issued a strong warning to key members of the All Progressives Congress (APC).

The president warned the governors and leaders of the ruling party to desist from backstabbing each other.

According to President Buhari, parties splintered by competing egos are only headed for the worst, especially with the 2023 general election drawing near.