Super Eagles boss Gernot Rohr has warned his players to expect a tough Benin side in their 2022 Africa Cup of Nations qualifiers this month.

The three-time AFCON champions face-off with the Squirrels at the Stade Charles de Gaulle, Porto- Novo on Saturday, March 27 for a possible three points.

Rohr’s men currently sit atop of the Group L table with eight points from four matches – just one point better than their next foe ahead of the meeting a few days from now. 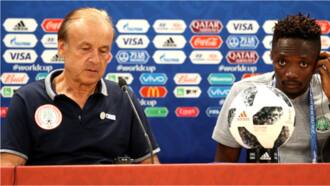 The two teams must win the fixture if they ever want to stand a chance of reaching the finals in Cameroon next year.

Having struggled to command a 2-1 triumph at the Godswill Akpabio Stadium in November 2019, the German-born tactician told CAF website that the Benin game will be tough.

“We want to finish our qualification on a positive note, and the two matches against Benin and Lesotho are very important.

“Of course, we know that Benin is difficult to beat after our last game in Uyo (Nigeria won 2-1) and we need at least a point against them to qualify for next year’s AFCON.

“Then, we are playing our final game in Lagos. We want to win in Lagos because it has been a long time since we last played there, and we want to conclude the qualifiers with a victory as well.

“These are not going to be easy matches because Lesotho drew with Benin, but we are going to give our best against these opponents.” 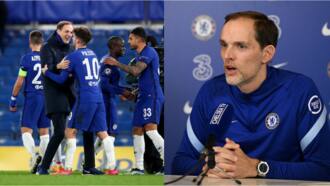 Meanwhile, the Eagles will return to Lagos three days later and battle Lesotho in their final group game for the qualifiers on March 30.

Legit.ng earlier reported that Gernot Rohr has insisted that the Super Eagles captain Ahmed Musa will not play any of his side’s 2022 Africa Cup of Nations qualifiers this month.

The three-time AFCON champions face-off with Benin and Lesotho in their remaining two Group L fixtures on March 27th and 31st.

With eight points from their first four games, Rohr’s men cannot afford to be complacent in any of the matches -especially after the back-to-back draws against Sierra Leone last November.