You must have come across photos of personalities on social media crossing their arms to strike an “x” pose, a show of solidarity with this year’s them, which says #BreaktheBias.

In 2017, Amina J. Mohammed was appointed the Deputy Secretary-General of the United Nations, making her the 5th person to hold the role. 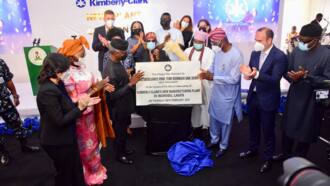 The Liverpool-born Nigerian woman is also the Chair of the United Nations Sustainable Development Group.

The well-read award-winning diplomat is not a new face when holding key roles in international organisations.

The 60-year-old former Nigeria’s Minister of Environment (2015-2016) served on the advisory boards and panels of global organisations like the ActionAid International “Right to Education Project, Global Development Program of the Bill and Melinda Gates Foundation.

Ngozi Okonjo-Iweala is the perfect poster girl for this year’s theme Breaking the Bias with her record-breaking and historic appointment as the Director-General of the World Trade Organisation (WTO).

The appointment made on Monday, February 15, 2021, made the Delta-born the first Nigerian, African and woman to hold sway at the top position. 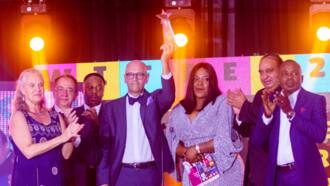 Amid Russia’s invasion, Ukrainian, 17 others receive huge award in Nigeria

The 67-year-old is well-deserving of such an elevated role considering her impeccable wealth of experience, rich CV and educational background.

The Harvard University graduate is the first woman to become the Finance Minister in Nigeria and held the position under President Olusegun Obasanjo (2003–2006) and President Goodluck Jonathan (2011–2015).

The 2005 Euromoney Global Finance Minister of the Year had a sterling career that spanned 25 years at the World Bank. She rose through the ranks, from a development economist to a Managing Director, Operations.

She was also on the board of Twitter Inc. as well as other top global organisations.

Bola Adesola completes this list of powerful Nigerian women holding top roles in global organisations with her appointment as the Co-Vice Chair of the United Nations Global Compact (UNGC) in 2018. 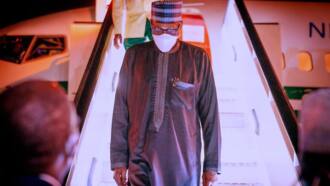 Bola was formerly the CEO of Standard Chartered Bank for Nigeria and West Africa.

In addition to the funding announcement, Google has also announced #LookMeUp, a campaign to showcase women entrepreneurs and tell their stories.