Nigerian French-Canadian Star, Michelle Akanbi professionally know as Tome has bagged the prestigious Canadian Juno awards for ‘Reggae Recording of The Year’ at the 50th anniversary of the JUNO awards held recently.

While other Nigerian acts such as Wizkid, Burna Boy and others are dominating the global music scene from Africa, Tome is dominating from North America.

Tome, who is also a French-Canadian, capped the beautiful night with a captivating golden performance of “I Pray” befitting the Golden Jubilee of the Juno Awards. 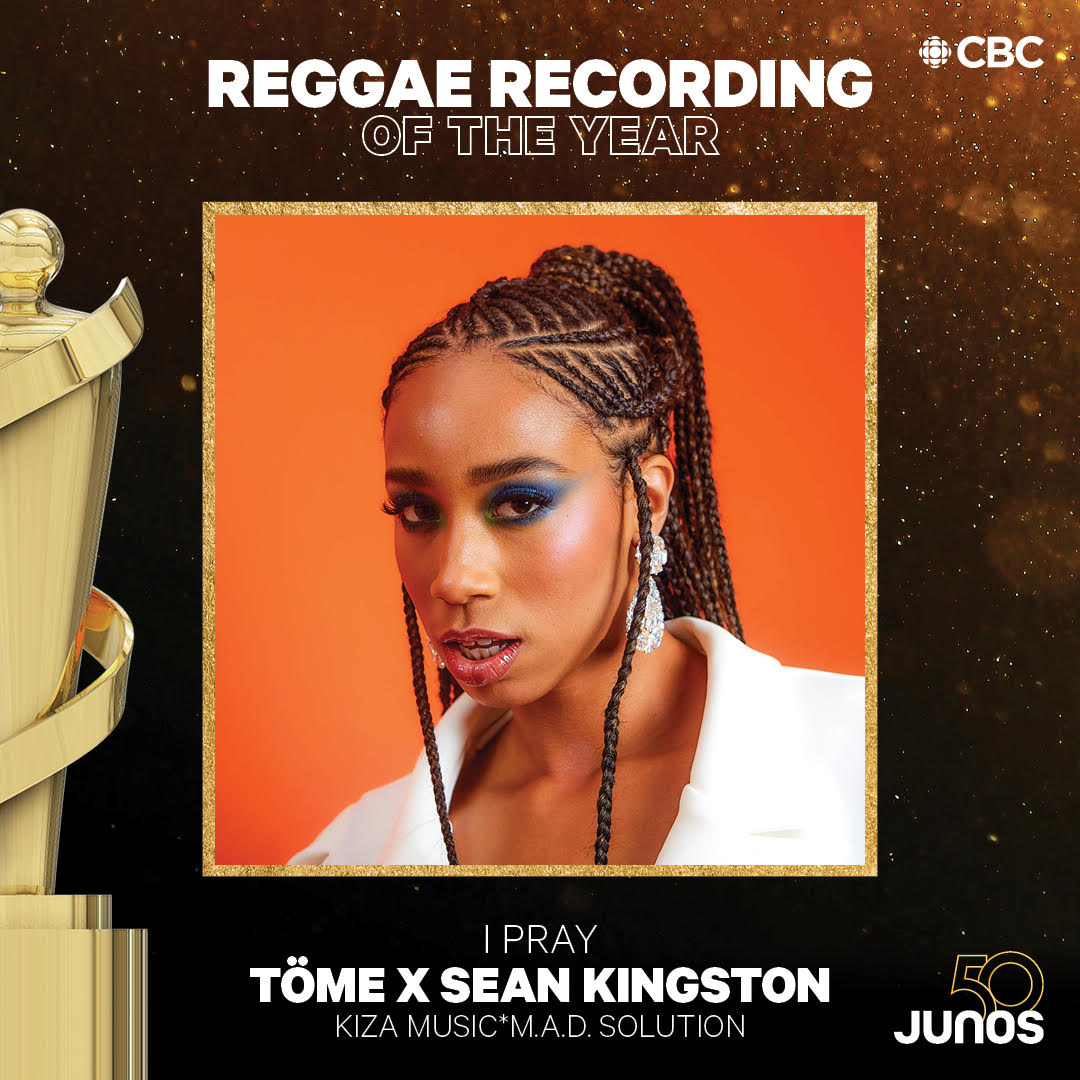 Her win put her in the esteemed company of other global superstars who had previously won the award and some of which won again on the night including Harry Styles, The Weeknd, Celine Dion, Justin Bieber, Drake, Nelly Furtado, and many more.

The Juno awards (also popularly known as ‘JUNOS’) is the most prestigious award in Canadian music. The awards are presented annually by the Canadian Academy of Recording Arts & Sciences (CARAS) to Canadian musical artists & bands to acknowledge their artistic & technical achievements in all aspects of music. JUNOS is often regarded as the Canadian equivalent of the British BRITs Awards or the American Grammys, and with half a century of pristine existence, is one of the biggest music awards in the world.

Despite achieving success at such a young age, Tome didn’t seem to be resting on her laurels as she already released a new song earlier in the day before the award show titled ‘NANA’ which already looks set to become a Summer Hit. She’s currently working on another project titled ‘Dreams’ which will be released later this month.