– Adamu Garba, a former presidential aspirant of the APC, disclosed why he does not support the removal of Buhari’s tweet

– The company said as part of its rules, tweets which are found to be in violation of its rules can be deleted

A former presidential aspirant of the All Progressives Congress (APC), Adamu Garba, has asked the Nigerian government to shut down the operations of Twitter in Nigeria.

He argued that it was wrong for the social media company to remove Buhari’s tweet which contained messages meant for Nigerian people.

”Twitter has no right to infuse into our local political affairs. It’s a company not a government. 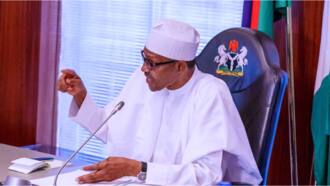 By removing our democratically elected President’s speech to the people of Nigeria, Twitter need to shutdown from Nigerian internet space.

Meanwhile, the federal government has criticised social media giant, Twitter, for deleting a tweet by President Muhammadu Buhari that warned of strong actions against secessionists.

A former special assistant to President Buhari on Assembly Matters, Abdurrahman Sulaiman Kawu Sumaila, said right-thinking Nigerians will not support Igbo presidency in 2023 due to the current violence in the southeast. 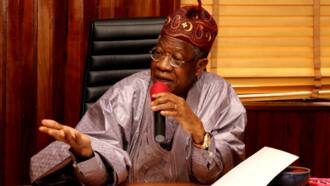 Sumaila stated that electorates would view the backing of a southeast president as endangering their lives.

He made the claim in a statement issued to newsmen in Kano on Thursday, June 3, PM News reported.