Africa’s most expensive player Victor Osimhen has continued to live up to his price tag after inspiring Napoli to their sixth straight Italian League win this season.

Despite starting the new campaign on a low, the 22-year-old has now found the back of the net in his last four games for The Parthenopeans.

The Super Eagles forward opened the scoring for the home team in the 11th minute after scoring from close range with the help of Piotr Zielinski providing the assist.

Osimhen saw the move made by his teammate and decided to make a run into the visitors’ danger zone and the decision paid off at the end of the build-up.

Lorenzo Insigne sealed the win for Luciano Spalletti’s men from the penalty spot three minutes before the hour mark. 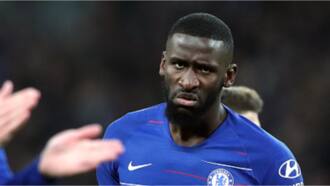 The victory now means that Napoli are the only team who is yet to drop points in the Italian top-flight while they occupy the summit of the table with 18 points after six games.

Osimhen is now four goals away from equalling his goals record at the end of his debut season in Serie A.

And bearing any unforeseen circumstances, the Nigerian star should contend for the golden boot at the end of the ongoing season.