A few weeks ago, Legit.ng shared the story of Champ and Major, the two presidential German Shepherds who were granted direct access to the White House.

The favours have, however, come to a crashing end after Major, the youngest of them, was involved in a biting incident with a member of US President Joe Biden’s security team.

They were whisked out of the White House and taken back to Wilmington, Delaware where the Bidens have a family home. 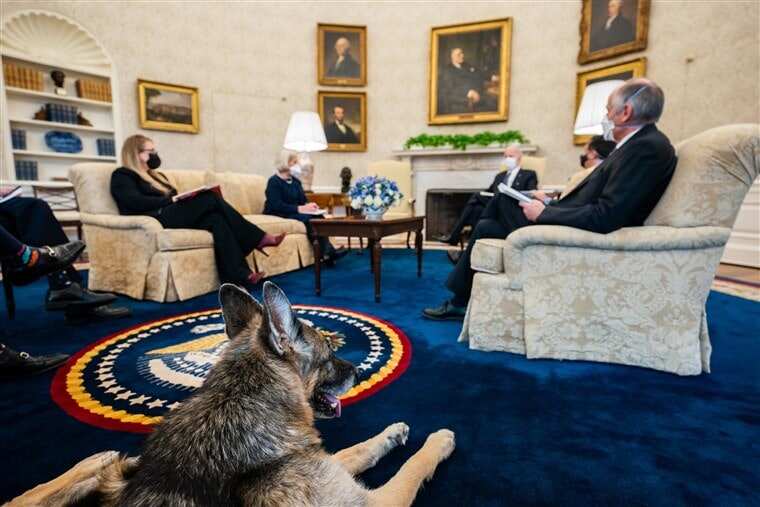 Champ watches over the US president’s meeting in the Oval office. Photo: Adam Schultz. Source: The White House.
Source: UGC

Three-year-old Major is a rescue who was adopted by the family from an animal shelter in 2018.

Sources close to the family indicate that Major has a tendency to display aggressive behaviour like jumping on people, barking, and changing at staff members. 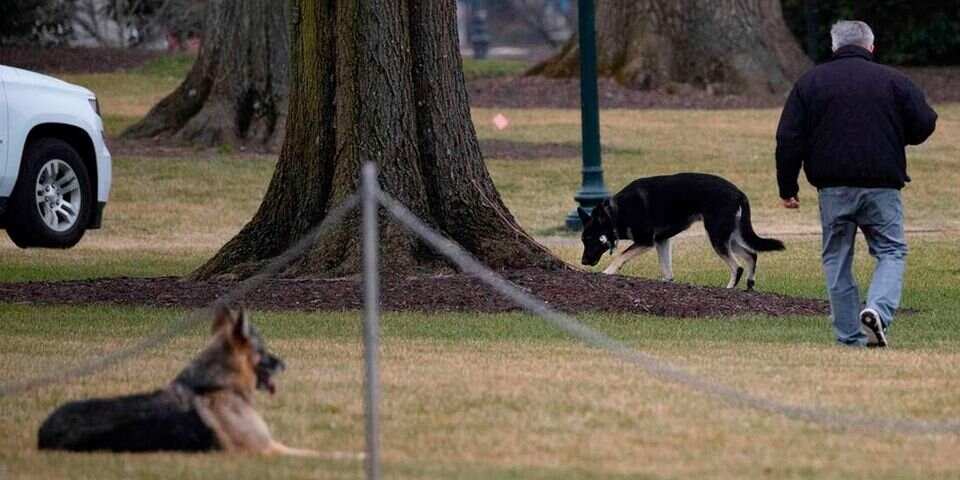 It is not clear whether or not the two will be allowed back into the White House. Photo: AFP.
Source: UGC

As a matter of fact, Jill has once admitted to catching Major on the couch, one of the places the dogs are not allowed.

“They run all over.”

Champ, the older of the two dogs, is nearly 13 years old therefore tamed and quiet due to his age.

As at the time of filing this story, details on the condition of the victim remain scanty.

Let’s just say Major is like that one rogue friend we all have who never seems to stop courting trouble.

Meanwhile, Legit.ng earlier reported that a Nigerian man with the Twitter handle @KidMarleymusic stirred massive conversation after offering to sell a dog for N1.1m.

He said that the dog is 6 months old. Many people could not just help but wonder why such a pet would be so expensive.

Many people jokingly asked if he wants to sell a house, a dog, or both as they just could not place buying the animal for that much.