When They go low, we Tear Slap, Buhari’s Aide Reacts to Obiano’s Wife Getting Slapped by Bianca Ojukwu

When They go low, we Tear Slap, Buhari’s Aide Reacts to Obiano’s Wife Getting Slapped by Bianca Ojukwu


Tolu Ogunlesi has shared his opinion on the trending video where Mrs Ebelechukwu Obiano, the immediate past first lady of Anambra state confronted Bianca Ojukwu at the inauguration ceremony of Governor Chukwuma Soludo in Awka.

The presidential aide in a tweet shared on Thursday, March 17, said there is time to tear slap when certain people go low.

Reacting to the event, Ogunlesi tweeted:

You are a b*itch: What Obiano’s wife told Bianca that annoyed her (Read the conversation)

“You are having fun with this.”

“The koko is to know when to go low or tear slap. It’s a rare skillset if you know this.”

“Hhhmm…many would have wished this happening at the federal level.”

Legit.ng had earlier reported that the altercation between both women temporarily disrupted the ceremony.

Mrs Obiano is rumoured to have a running battle with so many outgoing government officials in Anambra state. 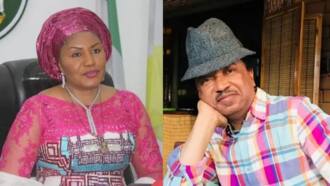 Senator Oduah described Mrs Obiano conduct as utterly disgraceful and unfortunate, adding her use of foul language on the former diplomat was unacceptable.