Why I won’t discuss my relationship with Lateef Adedimeji

Why I won’t discuss my relationship with Lateef Adedimeji


BARELY four years after joining Nollywood, Adebimpe Mo Bimpe Oyebade has since featured in over a hundred movies and won hearts of movie lovers. The producer and former model speaks with ADENIYI ADEWOYIN on her accidental journey into Nollywood, relationship with actor Lateef Adedimeji and other issues.

How true is it that the female gender faces more challenges than their counterparts in the industry?

I think it is both ways. We face the same tough challenges in the industry. A lot of people have been through so many things that I always say that I have never experienced. I think it is individual differences not gender related.

What is your relationship with Lateef Adedimeji? 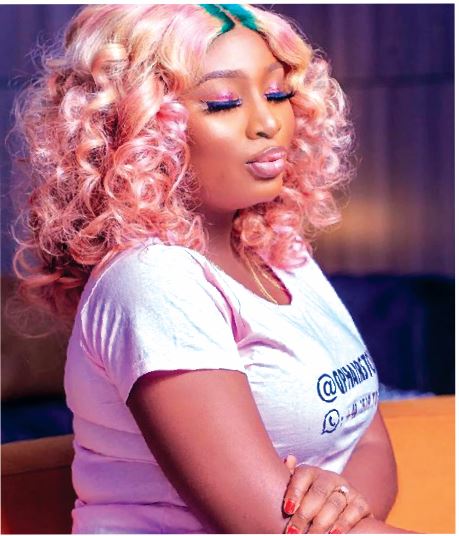 I really do not want to talk about that because I don’t like to talk about my private life as I am a very private person. What I will just say is that we can’t really put a rest to rumors because we will still be in people’s faces. We are still here, we are not going anywhere. Let them talk, it is normal, that is what the job comes with, that is the price to pay for fame.

What best ways can you describe Lateef Adedimeji?

I would say he is a God fearing man. A lot of people misunderstand him, and he is a very kind, hardworking and sweet man. Of course as we can all see he is very talented.

How has it been since you joined Nollywood?

It has not been smooth, nothing good comes easy but we thank God. In this kind of job that we are doing you need to be patient because it is stressful, it is time consuming and exhausting. You need to really have passion for it so you can pull through. I actually started professionally in 2017 because after I featured in that one movie in late December 2016, I did not even think of acting anymore, I just left for my NYSC, I went back to Benin and continued with my life. I didn’t even have contact with the producer anymore, we were not in communication anymore until the movie came out. I didn’t even know the movie had been released in September 2017 and when it did, a lot of people started reaching out to me that please we need you in the industry. I was like what happened because I totally forgot I was featured in any movie.

It was like almost a year so I started getting roles then I said let me just have fun since I was already done with NYSC waiting for the next thing to do with my life. From there, I started producing my own movies and different opportunities came knocking, a lot of people started liking me which is the fan love and that is something that has helped my career a lot.

It hasn’t been smooth but we thank God.

What have been your major challenges?

The major challenge would be that I came from a different world entirely. When I was in school I didn’t study theatre, I studied English even though we had one course (Theater Workshop), but I was always running from the drama part of it. I wasn’t interested because I’m a naturally shy person. I didn’t see myself doing it, so the major challenge would be me having to move from my normal self-trying to be another character in different locations.

Acting itself is a very challenging job especially for someone like me who is an introvert. I think I got over it almost immediately because as soon as I started that job I fell in love with it and I said: ‘okay Adebimpe you need to really get used to this job.’

Another challenge is going from one set to another, it is very stressful and it would rob you of your personal life.

You are fondly called ‘Omo’ba’, are you from a royal family?

That is actually because I produced a movie in 2019 titled ‘Adebimpe Omo’oba’ and it was nominated for AMVCA in 2020. And yes, in reality I am from a royal family.

Which movie shot you into the limelight?

I would say Agbede Meji which was the very first movie I featured in, produced by Yomi Fabiyi. I think when that movie was released, if that acceptance was from fans, actors and producers were not positive I would probably not be where I am today. I would say Agbede Meji shot me into the limelight because I was accepted immediately. People started saying who is this Onikede (the character I played) in this movie and I was like what’s so special in what I did in the movie. Another movie I would say shot me into the limelight the bigger way is Adebimpe Omo’oba.

What are you most grateful for?

What I am most grateful for is God’s grace over my life, my career because without Him I won’t be where I am today. Then I will say I am grateful to my family, I am very grateful to fans, marketers and colleagues.

What were you into before you finally gave in to acting?

I was a full time model with an agency and it was through that agency I got to know about the audition I first featured in.

What strikes me most in Ige is the storyline itself. The grass to grace story, a lot of people want to go from zero to hundred in a blink of an eye these days people don’t want to do legit work. Ige is a movie to watch, it is inspiring, you would get to know you don’t have to go by shortcuts to attain wealth and that God’s time is the best notwithstanding where you are or your family background. Ige shows that your present situation does not determine your future and being a biopic makes it tougher. The character I played is the wife of Ige and in real life I can see them doing well so most of the time when she comes on set to say hi to her I just watch her  trying to understand her and see how she does and know more about her. It was quite challenging telling the story of people that are still alive but we thank God we were able to pull through.

What would you like to change in the industry if you can?

That would be to create platforms for filmmakers to take their content to more platforms that will pay well. Some of us like to create good quality content for our viewers but there are no platforms to sell to and the little ones we have are ripping us off. I hope the government can support us. Another thing is that I will create more opportunities for up and coming and the paying strategy in the industry is extremely low so I will try and work on that too.