Yemen’s Al-Heswa nature reserve was once hailed as a beacon of conservation efforts by the United Nations, but civil war has turned it into a rubbish-strewn wasteland reeking of sewage.

The ticket office has been abandoned at the entrance to the 19-hectare (47-acre) site in Yemen’s southern city of Aden, where trees have been cut down and construction waste dumped.

What was long a haven for flamingos and other migratory birds is now swarmed by crows.

“Al-Heswa used to be a recreational outlet for residents and tourists,” said Aden resident Ibrahim Suhail. “It has now become a rubbish dump, full of insects and sewage.”

Declared a nature reserve in 2006, Al-Heswa was one of 35 initiatives awarded the UN’s Equator Prize in 2014 for meeting climate and development challenges through sustainable use of nature. Wastewater that had previously flown into the sea was treated and redirected to create an artificial wetland on the site of a former garbage dump, attracting the migratory birds.

The initiative was the first of its kind in Yemen, improving livelihoods, creating jobs and generating about $96,000 in revenue in 2012.

“The communities behind Al-Heswa Wetland Protected Area have successfully transformed a garbage dump into a functioning wetland ecosystem that provides a breeding site to more than 100 migratory bird species,” the UN Development Programme said at the time.

But since 2014, Yemen, already the region’s poorest country, has been embroiled in conflict between the government, supported by a Saudi-led military coalition, and the Iran-backed Huthi rebels.

The reserve has been left in ruins by the fighting. 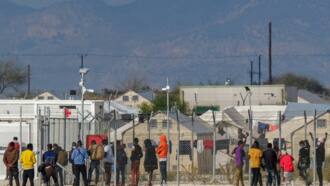 The director of Yemen’s department of nature reserves, Salem Bseis, said the wastewater treatment tanks had not been serviced since 2015.

Some nearby residents have seized parts for their personal use.

“This led to a disruption in the maintenance and treatment of sewage,” Bseis said.

While visitors have mostly stayed away, some parts of the reserve have been used as an “informal waste dump”, according to the UK-based Conflict and Environment Observatory.

The UN considers war-torn Yemen the world’s worst humanitarian disaster, and estimates hundreds of thousands of people have been killed, directly or indirectly, by the war.

Millions have been forced from their homes by fighting, pushing the country to the brink of famine.

“Insecurity from violence, war and conflict poses the most significant threat to the long-term sustainability of this initiative,” the UNDP Development Programme said.

“Since the intensification of the conflict in Yemen, visitor levels have dropped to zero.” 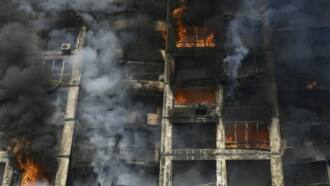 Russian forces press in on Kyiv as talks resume

But the UN believes that all does not have to be lost.

“When peace is restored, the community is committed to working with government officials to enhance the economic and environmental services provided by the protected areas,” it added.