You Want Old Men That Will Pay Your Bills: Samklef Slams Lilian Afegbai for Saying Love Is Hard to Find ▷ Nigeria news

You Want Old Men That Will Pay Your Bills: Samklef Slams Lilian Afegbai for Saying Love Is Hard to Find ▷ Nigeria news


– Popular actress, Lilian Afegbai recently took to social media to advise people to marry whoever they want regardless of age because love is hard to find

– According to Samklef, ladies like the actress just need an excuse to marry rich old men who will take care of their bills

Nollywood actress, Lilian Afegbai, in a recent statement on social media explained how hard it is to find love in this present generation.

According to her, people should be allowed to marry whoever they love because age is just a number.

Popular music producer, Samklef in a video as sighted by Legit.ng, heavily bashed the actress for making such a statement online. 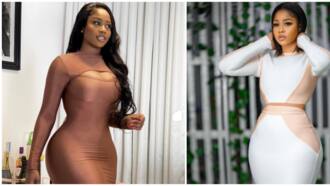 Lily Afegbai: Everyone should be allowed to marry who they love, age is just a number

He noted that the actress’ claims were lies as there is love everywhere but lazy women would rather go for rich old men because of money.

The music producer also noted that most women who settled for old men are unhappy and would never have gotten married to them if not for money.

Mixed reactions followed Samklef’s video, read some of the comments gathered below:

“He didn’t see where she said be independent so you are not limited by choices? Mumu boy.”

“He is right though. Most girls have lost their shame because of money. Na poverty mentality dey cause am.”

“This one is always coming for ladies. Come out from your closet so we can identify ur real problem.” 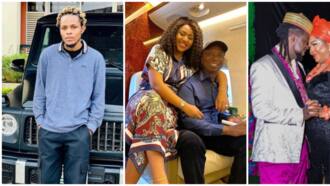 It’s an abomination for the elderly to marry each other in my family: Regina Daniel’s brother Sammy

“Why is so hard to believe that one can genuinely fall in love with someone much older with money? Please not all relationship with money is actually because of the money. Some love each other sincerely and that’s on period.”

Legit.ng previously reported that Samklef apologised for his statement about single mothers on social media.

The producer also took the opportunity to apologise to singer, Simi for calling her an ingrate and a snake.

He noted that he is not perfect and also has emotions, but it was not a justification for his behaviour.