Home / Blog / Entertainment / Zendaya’s boyfriend timeline: who has she dated over the years? ▷ Nigeria news

Zendaya’s boyfriend timeline: who has she dated over the years? ▷ Nigeria news

Zendaya’s boyfriend timeline: who has she dated over the years? ▷ Nigeria news


Zendaya is an American singer, actress, and producer. Zendaya has recently been in the limelight following her outstanding performance in the HBO television drama series, Euphoria, where she plays Rue Bennett, a teenager struggling with drug addiction. A look at Zendaya’s boyfriend timeline will help you understand who the famous actress has been involved with.

Is Zendaya in a relationship? And who is Zendaya’s boyfriend? Who has she been involved with in the past?

The actress has been linked to notable figures in the entertainment industry. Below is a list of Zendaya’s boyfriends.

In August 2019, Zendaya and Jacob Elordi were photographed sharing romantic moments while on vacation.

Zendaya and Jacob co-starred in the TV series Euphoria. The two were seen to be having a good time in Greece. They were also spotted kissing in New York City. 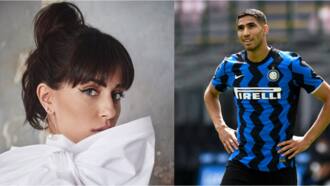 Zendaya and her boyfriend were also seen in a movie theatre in Los Angeles, California, and spotted in Australia, where they spent Thanksgiving. Despite all that, both of them have denied the dating rumours. They have always maintained that they are just friends.

In September 2020, Jacob Elordi was spotted with supermodel Kaia Gerber.

Zendaya and Tom Holland were friends probably as a result of being featured in the same movie, Spiderman: Homecoming .

For a long time, the two denied having a romantic relationship until the rumours were confirmed by a source who highlighted how the two had kept a low profile, but they were indeed together. Zendaya and Holland were seen together during the premiere of Avengers: Infinity War.

Zendaya denied all the dating rumours. Instead, she stated that Tom was just a close friend and that he was a great guy. 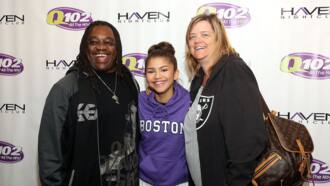 Zendaya parents: Who are the young star’s mother and father?

In 2016, Zendaya was rumoured to be dating Odell Beckham Jr., a National Football League player. The two were once seen together at a Grammy Party.

Zendaya’s father, Kazembe Ajamu Coleman, hastily dismissed the claims when his daughter was questioned about the relationship.

Zendaya and Odell indeed went on several dates. She highlighted how Odell Beckham was courteous, respectful and a gentleman. However, not much is known about Zendaya’s relationship with Odell.

The actress was rumoured to be in a relationship with Trevor Jackson. She co-starred alongside Trevor in his music video Like We Grown in 2013.

Trevor Jackson is an American singer, actor, songwriter and dancer. The 24-year-old was born in Indianapolis, Indiana, United States of America.

Who are the most handsome men on earth?

Who is Zendaya dating now?

Is Zendaya single? The actress is overly private when it comes to issues involving her relationships. As of 2021, it appears that Zendaya is single.

Zendaya’s boyfriend timeline clearly indicates that the actress has not been involved in many relationships in the past. She has not disclosed any details whether she is dating or seeing someone. It’s almost impossible to uncover the secret surrounding her love life.

Legit.ng recently published an article about Timothee Chalamet’s girlfriend timeline. Timothee Chalamet is an American actor who rose to prominence after starring in the romantic drama film Call Me by Your Name.

He was born on 27th December 1995, in New York City, the U.S. Despite being famous for his acting skills, his love life has also made headlines through the years. Have a look at who the actor has been dating in the past by checking out his girlfriend timeline.

Who is Draya Michele? Everything you need to know about the multi-talented beauty